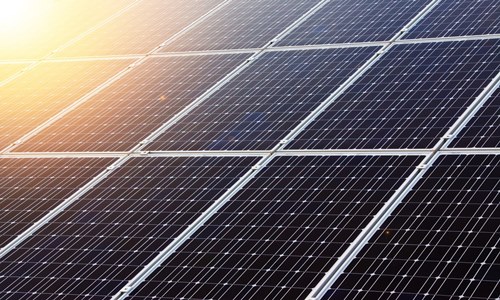 Considering an incredible escalation in domestic energy demand across the states of Oman, mostly ascribed to increasing urbanization, the region is taking new step towards developing sustainable solutions in satisfying its energy requirement. Recently, Sterling and Wilson Solar (SWSL) has come up with a latest announcement of commissioning a 25 MW solar energy project in Oman.

Touted to be the second solar project in Oman, the 25 MW project has been reported to be awarded to SWSL by global energy company, Shell. Speculations have it that, with this novel initiative, the country looks toward expanding its electricity generation capacities via renewable power projects and aim to draw about 30% of electricity from these sources by 2030.

Moreover, the project, which is situated on a 50-hectare site in the area of Sohar Freezone, is anticipated to save nearly 25,000 tons of CO2 emissions yearly, thus minimizing the dependency of natural gas resources and unveiling large scale solar opportunities for the nation.

For the record, the company had, in 2020, taken up its first ever solar energy project in Oman, known as the Amin Solar Project. Claims have been made that the project boasts of an overall capacity of 125 megawatts and enjoys the popularity of being the country’s first renewables-based power project.

It would be essential to note that Sterling and Wilson Solar has been executing multiple projects worldwide and has to its credit about more than 10.6 GWp of solar power projects in various topographies. One of the prominent project highlights of this portfolio would be development of 1,177 megawatts peak solar PV plant in Abu Dhabi.