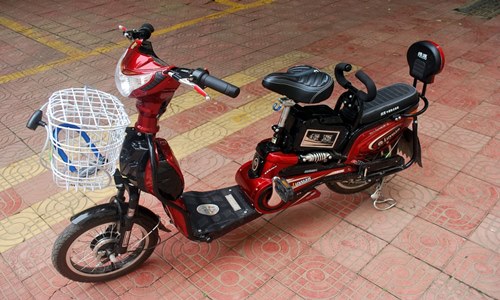 The company has recently unwrapped its prototype- Mark 1 e-scooter which comes with an ARAI-certified range of more than 230 kilometers and 4 KWh battery pack.

Bengaluru-based EV start-up firm, Simple Energy, which is currently looking forward to launching its maiden product in the first half of this year, has laid down its plans to invest about Rs 45 crore in setting up a production facility in the Hosur district of Tamil Nadu. It has been speculated that the facility would have a capacity to produce over 50,000 vehicles in the first year of commissioning.

As per credible reports, besides unveiling the flagship Mark 2, the firm is also laying down the plans on adding another product in its portfolio during 2021, but has not yet decided on the product type, that is whether it will be a bike or an improved-version of the scooter.

It would be noteworthy to state that the EV maker had in November 2020 declared that its Mark 1 e-scooter had achieved an ARAI-certified range of more than 230 kilometer with a developed in-house 4 kWh battery pack.

Speaking on the initiative, Suhas Rajkumar, Founder of Simple Energy, stated that the company is looking up to develop its factory around the Hosur district at a capacity of about 50,000 units for the first year.

He added that the plant-set up, which would initially cost around USD 15 million, would commence from June-July, post the launch and the firm is keeping a minimal tie gap between the launch and the delivery of the product. Suhas also commented that the company has closed the angel round with 4 investors onboard.

Alongside Mark-1, Simple Energy would also unveil Mark 2 by the first half of this year in three prime location, mainly Chennai, Delhi, and Bengaluru to begin with and then gradually expand to other cities including Kolkata, Mumbai, and Hyderabad. It has been claimed that the Mark 2 prototype would boast of a range of 230 kilometers and would come with a removable battery, and a top speed of 100 kph.