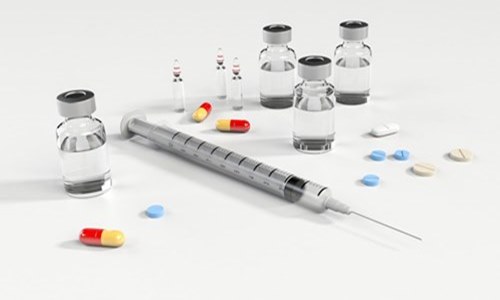 In a bid to combat deadly disease outbreaks in the future, United Nations agencies and its humanitarian partners have announced the establishment of a global Ebola vaccine stockpile in Switzerland. The stockpile is apparently meant to help control future epidemics by providing timely access to vaccines for populations that are at risk during an outbreak.

Given to the relatively rare and unpredictable nature of Ebola outbreaks, its vaccines have no natural market. Meanwhile, doses can only be obtained through the establishment of stockpiles and are available in limited quantities.

The Director-General of the UN World Health Organization, Tedros Adhanom Ghebreyesus, has highlighted the importance of vaccines against deadly viruses, adding that the new Ebola vaccine stockpile is a great example of science, cooperation, and solidarity between international organizations and the private sector, for saving lives.

The International Coordinating Group on Vaccine Provision (ICG), including the WHO, UNICEF, MSF, and IFRC have led the efforts to set up the stockpile, along with financial support from Gavi, the Vaccine Alliance.

Stored in Switzerland, the stockpiled vaccines are ready to be shipped to countries in case of emergencies. On behalf of ICG, UNICEF will manage the stockpile and will be the decision-making body for its release and allocation.

As per the UN agencies, 6,890 doses are initially available for outbreak response and more quantities will be added in the upcoming months to take the emergency stockpile to 500,000 doses – an amount recommended by health experts.

The move has been welcomed by partners IFRC and MSF, which have put in tremendous work to stop Ebola outbreaks. The single-dose, injectable Ebola vaccine is reportedly manufactured by MSD (Merck, Sharp & Dohme) Corp., and made with financial backing from the U.S government.

In November 2019, the vaccine was licensed by the European Medicines Agency, is prequalified by WHO, and has its license from the U.S Food and Drug Administration. The vaccine apparently protects against the Zaire ebolavirus species, which is known as the most common species to cause Ebola outbreaks.