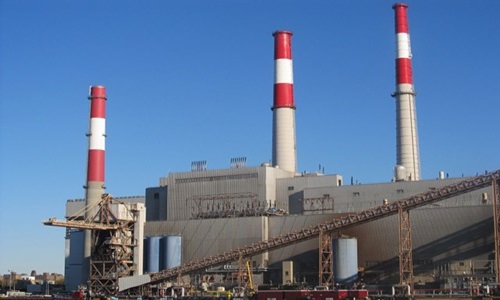 In this case, the formation of paraffin wax also escalates dramatically across some of the freezing cold areas like Canada and the United States. Economies with relatively lower temperatures have the need for having potential paraffin inhibitor solutions and services which would improve the crude oil flow, restricting the blockages and reducing wastage of oil caused due to deposition of paraffin.

Recently, a well proclaimed oil and gas production chemicals supplier- Hydrocarbon Dynamics (HCD)- had in 2020 announced receiving a repeat order from a distributor for the Multi-Flow product for a valuation of USD 80,000. News reports have it that the product would be used in an ongoing trail by a midcap Canadian O&G producer, testing the ability of HCD Multi-Flow to combat or prevent the buildup of paraffin wax deposition in pipelines and wells.

Moreover, in yet another instance, an engineer at Shell, in partnership with BHGE, in 2018 had declared initiating a study on the root causes of PI or paraffin inhibitors testing discrepancies and the impact of vivid parameters on test results.

Such initiatives have supported the ongoing developments and trends in the overall paraffin inhibitors industry, enabling it to account for a major share in the overall bulk and specialty chemicals business space. Reports have it that the North America region is set to emerge as a growth engine for the overall market in the years to come.

The United States has emerged as one of the table toppers amidst the countries being regarded as the leading oil producers worldwide enabling North America region to prosper on these grounds. Although North America was considered to be one of the worst-hit economies during the COVID-19 realm, it did not have a major impact on the demand for oil and gas even during the lockdown.

It was reported that the gas demand, in the lockdown period, was shielded by low prices, which made gas competitive in the power sector, preventing a huge drop, registering only about 2.5% decline to an anticipated 3,840 Bcm.

Moreover, amidst the ongoing coronavirus pandemic and looking toward sufficing the burgeoning demand for oil and gas in the region, the governments of various economies of North America have come up with a deal for announcing sales of a part of the America’s wilderness, Arctic National wildlife refuge for oil drilling.

It would be crucial to mention that since the number of oil and gas explorations are expanding the region, which is a land to countries that bear temperatures as low as -10 degrees Celsius, the need for paraffin inhibitors would gradually soar in the future.

Let alone the North American region, Middle East and Africa is also likely to generate considerable gains for the overall paraffin inhibitors industry, courtesy: robust onshore oil and gas production. For instance, oil and gas production in the country of Saudi Arabia accounts for over more than 50% of its Gross Domestic Product and about 70% of its export earnings.

This has undeniably compelled major companies to brainstorm into investing more in the MEA oil and gas sector. To illustrate, Saudi Aramco is set to work on the project of four new oil and gas fields in the country and in an effort to realize this, the company would increase the maximum sustained crude production capacity from current 12 million barrels per day to 13 million barrels per day.