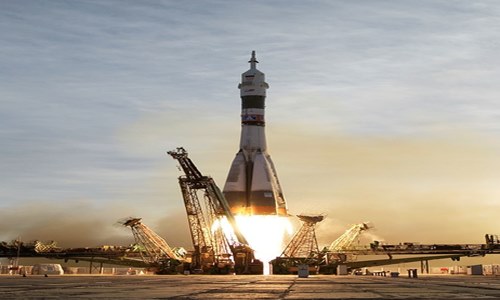 In an attempt to escape the surveillance systems of the enemy troop in the battlefield, the Chinese ministry has come up with an upgraded version of its DF-17 hypersonic ballistic missile system. As per credible reports, the country has launched a new transporter erector launcher (TEL), which is expected to enhance the survivability of the DF-17 against all the enemy surveillance systems.

The news comes after a video was put up on the event of the 5th launch anniversary of PLA’s Rocket Force last week which laid focus on the advanced DF-17 missile system. It was observed in the tape that the TEL was seen moving in the desert topography with an integrated cover for the missile.

For the record, TEL (transporter erector launcher) is a missile vehicle with an integrated tractor unit that can transport, elevate to firing position and launch one or more missiles. To be precise, the older versions of TELs for DF-17 exhibited the missile ‘as it is’ on the top, while the advanced ones has it all covered and camouflaged and improves the system’s survivability against the rival’s surveillance systems and aerial strikes.

Speaking of the DF-17, it has been reported that the missile system is a medium-range air-to-air missile crafted on the DF-ZF hypersonic glide automobile. The missile boasts of the ability to carry both conventional and non-conventional warheads with ranges of 2,000 kilometers and above, achieving speeds of Mach 5. Essentially, Mach 5 is the threshold which is used to determine if an object is moving or flying at supersonic or hypersonic speeds.

Reports have it that the DF-17 missile was deployed at China’s Zhejiang and Fujian provinces amidst Beijing’s tension with the island nations during October 2020.

Over the past few years, various countries have been working on developing ‘new-generation’ hypersonic missiles to improve their military capabilities and China’s recent move is an impeccable example for the same.