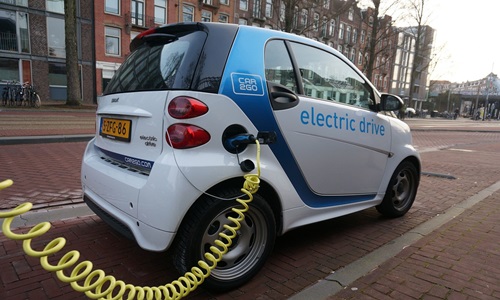 The race between Tesla and its Chinese competitor- Xpeng is intensifying as the latter has recently announced that it will deploy Livox’s LIDAR sensor, a startup that works closely with leading Chinese drone company- DJI.

The use of remote sensing technologies like LIDAR and opting for a Chinese supplier portrays the ongoing tech tension between the U.S. and China. Along similar lines, Tesla – a prominent American electric vehicle company filed a lawsuit against Dr. Cao Guangzhi – a former Tesla employee, claiming that the engineer stole the trade secrets pertaining to its Autopilot driver assistance offering and sold them to Xiaopeng Motors, also known as Xpeng.

As per reports, the company is reportedly working towards adding the LIDAR sensors to its mass-produced autonomous vehicles in 2021, a decision that would differentiate its models from that of Tesla.

Commenting on the strategy, Musk mentioned that Tesla scoffs the decision to include LIDAR technology as it is expensive and “unnecessary”. Tesla uses neural network training and camera-led visual recognition for its autonomous vehicles, he further added.

Currently, Xpeng uses various methods to collect data such as millimeter-wave radar, camera, and ultrasonic, to name a few. With the additional use of LIDAR, the cars will provide a greater level of safety, allowing a self-driving car to continue operations even when the primary system component fails, by facilitating precise imaging of the road situation.

According to a statement by the company, LIDAR will also help in improving the target detection, measurement accuracy, performance in low ambient light among other challenging conditions.

For the record, Xpeng choosing Livox is quiet interesting as there are many mature foreign options available like Luminar and Velodyne. In China, Livox has some strong competitors like Hesai, which is backed by Baidu and Bosch, and Robosense which has drawn investments from country-owned car-making giants BAIC and SAIC.