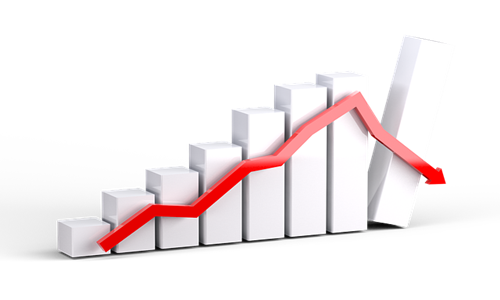 Zomato, an Indian multinational restaurant aggregator and food delivery company, has recently experienced a decline in its shares by 7.5%, hitting a low of around Rs.61 ($ 0.7) per share on the Bombay Stock Exchange (BSE).

The company’s stock has declined by 14% in just two days which takes place after its announcement about acquiring Blinkit, a quick commerce firm.

Over the weekend, the company announced the acquisition of loss-sustaining firm Blinkit for around Rs 4,447 crore ($563 million).

The payment is expected to be fulfilled by issuing around 629 million shares of Zomato (around 6.88% equity dilution on a fully diluted basis) at the agreed preferential allocation price of Rs 70.76 ($0.89) and cash acquisition of Hands-on Trades Pvt. Ltd. for Rs 60.7 crore ($7.6 million).

The deal, including the incremental ESOP pool formed, values Blinkit at approximately $750 million (Rs 5,860 crore), lower than $1.1 billion in August 2021.

Although the firm has taken a cut in the earlier paid valuation, it is believed that Blinkit requires an additional investment of around $250 million, which is expected to be invested by FY 23-24.

This will take the total investment of Zomato in Blinkit to around $1.05 billion, says the Kotak Institutional Equities.

According to Edelweiss Securities, the acquisition at 21x FY22 price-to-sales (P/S) is a luxurious proposition, with Zomato itself trading at 13x FY22 P/S.

Analysts also believe that the quick commerce may face a strong competition between FY23-25 with players like Swiggy's Instamart, Reliance Retail (via Dunzo), Flipkart's Quick and Tata's BigBasket already in the space.

While commenting on the move, Punit Patni, Equity Research Analyst, Swastika Investmart, said that this newly announced takeover of Blinkit may add grief of high operating losses to Zomato.

The quick commerce market has been highly competitive, and it will take a long to know the unit economies and turn profitable.

Additionally, the existing markets are not advantageous for businesses growing without showing profits.