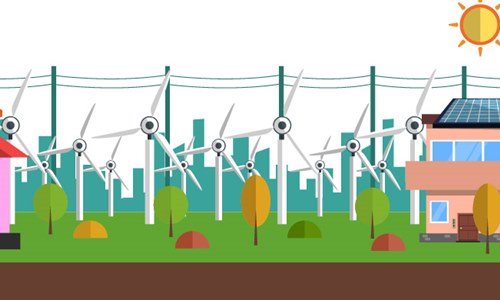 With the state looking forward to curbing the rising levels of carbon emission in the region, the Governor of Minnesota, Tim Walz has recently proposed that his region is likely to produce 100% carbon-free electricity by the end of 2040.

Apparently, the proposal stands to be one of the many policies Tim highlighted last week to reduce the emissions of toxic GHGs linked to climate change. In fact, in a report released by the Minnesota Pollution Control Agency, it was claimed that the state is currently not on track to achieve its goals of cutting down on the overall greenhouse gas emissions by 30% by 2025 and about 80% by 2050, when compared to 2005 levels.

That said, it was observed that the emissions have dropped down by just 8% since 2005, which has led the state authorities to escalate the progress. In this case, it has been reported that some DFL lawmakers and Walz are looking toward accelerating the power sector’s development by setting a deadline for electric utilities to make use of zero-emission energy resources by 2040.

Moreover, a House bill, generated by DFL-Minneapolis, Rep. Jamie Long, had its first committee hearing in the last week. Assumptions were made that the bill is likely to set standards for the amount of a supplier’s retail electric sales that must be generated from renewable energy over the upcoming two decades, surpassing the goal of 100% carbon-free in 2040.

Following the ideas put forth in the bill, Minnesota power declared that it would potentially add solar and wind energy and stop burning coal at its last coal-fired power plant in Cohasset province by the end of 2035.

Similarly, Minnesota’s largest utility, Xcel Energy had in 2018 pledged to be carbon-free by 2050 end, in part by shutting down the operations at its coal-fired power plant in the Becker region by 2030.