Tesla to soon hit Indian roads; will debut with the Model 3 variant 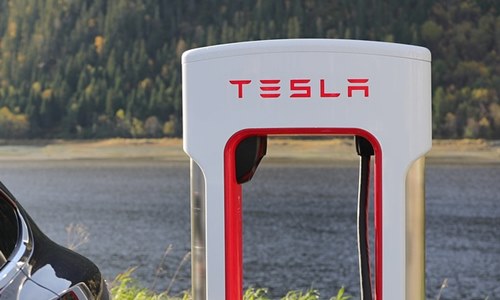 It has been a long-standing dream for many Indian auto enthusiast to own a Tesla, mostly given to the vehicle’s global reputation for reliability, efficiency and its top-notched technologies. Fortunately, that dream will soon become a reality as India’s Road Transport & Highways Minister, Nitin Gadkari has recently confirmed that the US automaker is set to commence its operations in the country by early 2021.

In a statement, the transport minister said that Tesla will initially start operations in the country with sales and later look into setting up assembly and manufacturing operations depending on the response it receives in the country. Mr. Gadkari assured that the government is supporting the transaction towards electric mobility and that various OEMs in India are already working on battery-powered vehicles.

According to reports, the first model that will debut in the country would be the Tesla Model 3, with booking expected to start in a few weeks and sales commencing in the second half of 2021. The completely assembled versions of the EV will be imported and would likely cost around US$74,813 (about Rs 55 Lakhs).

The move was prior hinted in October when Tesla CEO, Elon Musk tweeted that the company was ready to enter the Indian market in 2021. He said that Tesla will release order configurator mostly in Jan.

Reportedly, the EV maker’s sales teams are working on setting up custom sales and production orders for the Indian market, making sure that orders are completed once the configuration is finalized.

As of now, Tesla has only one Gigafactory in Asia. However, it is estimated that the company may set up a R&D center in Bangalore. Incidentally, Bangalore is also home to other Indian EV startups such as Ather Energy, Ola Mobility, Mahindra Electric as well as units of Bosch, Toyota, and Daimler.